Information about the species:

The Bornean Orangutan is frugivorous and eats berries and fleshy fruits such as figs but it will also feed on insects including ants, and leaves, roots, tubercles and bark. Its skull is rounded due to the development of its brain. It also has well-pronounced mandibular prognathism as an adaptation to its diet. Its orbits are very large and complete. The temporal muscles used to masticate and grind plant matter are attached to the superciliary arch above the eyes. Its dentition is bunodont, with low rounded cusps. Its teeth are well adapted to cutting, breaking up and grinding plant matter. It has 32 teeth, with the following dental formula: I 2/2, C 1/1, P 2/2, M 3/3. 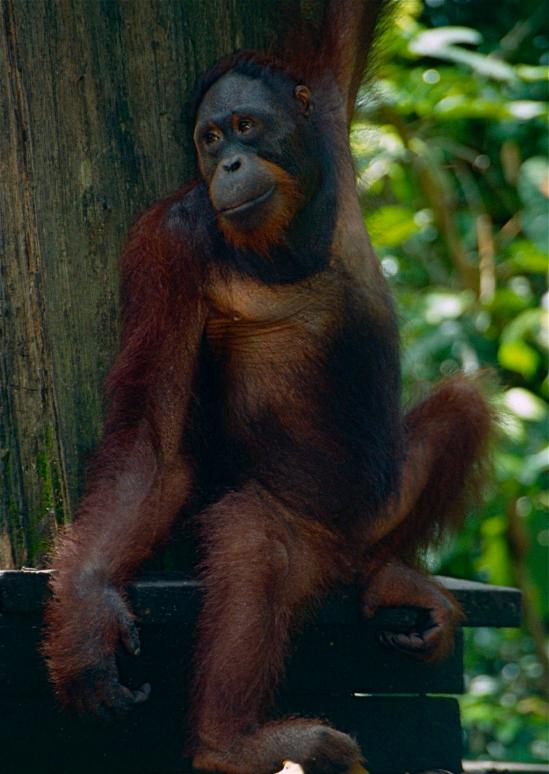 
We use own cookies and third parties to improve our services. If you continue browsing, we consider that you accep this use
You can change the settings and get more information at cookies policy

An email has been sent with instructions to reset your password

Bioexplora, the participatory space and consultation of the scientific heritage of Museum of Natural Sciences of Barcelona